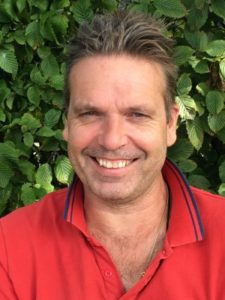 After studying electrical engineering, Peter van Dam worked at the ‘Instrumentele Dienst’ of the Academic Medical Center Utrecht. He was engaged in designing electronic equipment and software which was used in experimental research.

From 1995 to 2008 he was employed by Medtronic (Maastricht and Arnhem), working at the software and research department. In the meanwhile he graduated from Open University and he received a degree in Natural Sciences (MSc). For Medtronic he worked on several patents concerning pacemaker algorithms, that were filed.

From 2007 untill 2010 he worked on research at the Laboratory of Medical Physics in Nijmegen with Prof. Dr. A. van Oosterom. His research targeted the inverse procedure in electro-cardiography, relating body surface signals to the electrical functioning of the heart. This research led to a PhD in Medical Physics in 2010 at the Radboud University Nijmegen.

With his research background and his growing knowledge of cardiac simulation and modelling he is founder of Peacs bv and working on the development of simulation models for education and research.